The remodelling of this house sought to resolve the existing building’s relationship to its rural setting and create space for the Client’s collection of Modern Art.

The investment in the alterations and additions which are proposed not only benefit the house but also restore its relationship to its site. It demonstrates how existing buildings can be imaginatively reformatted and re-used to create dwellings which meet today’s standards.

The design of the existing building is typical of the era in which it was constructed; its large roof area having as much to do with economic construction as aesthetics. It’s vernacular style has provided the key to the proportion and massing of the new additions.

The main extension intersects the 1960s building with openings positioned to wash daylight into expressed ceilings and walls, and frame views over the Shropshire Hills. The scheme not only improves the houses relationship to its site, and its dialogue with its surroundings, but also addresses the energy rating performance of the existing building. 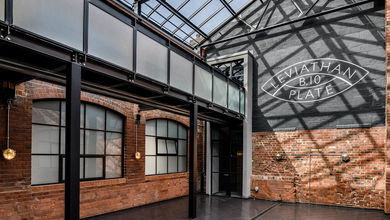 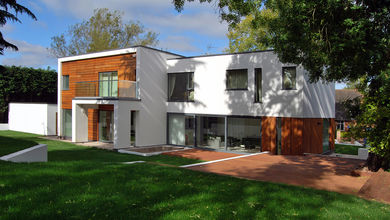 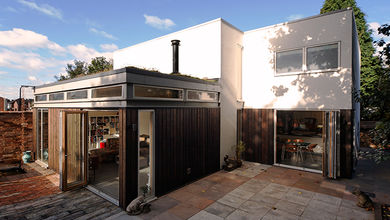